Medical alert systems have been around for about 30 years, and seem to be gaining popularity as the population ages. A medical alert system is a device, usually worn around the neck or on the wrist, which connects a person with needed help in the case of an emergency. Typically, the person must press the button on the device which then connects to a call center via a base station in the home. The call center can notify emergency personnel and family members of the problem. These devices are very popular as people age but still want to live independently in their own homes. It gives senior citizens and their loved ones peace of mind that they will not be lying on a floor, helpless and unable to call for help. The ability of medical alert systems to detect a person’s fall is new advancement which is much needed but as the same time may not always work properly. Fall detection is one of the extra features we look for when rating the best alert systems. The magnitude of the problem and current technology are discussed below to help you in your search for the right personal emergency alert system. 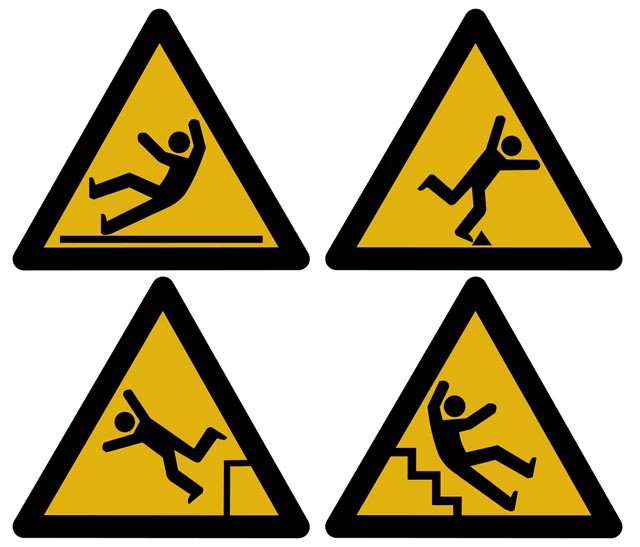 Falls are the Leading Cause of Injuries

According to the Centers for Disease Control (CDC) falls are the leading cause of injuries, both fatal and nonfatal, for adults over the age of 65 and but less than 50% of seniors suffering a fall talk to their doctor about it. Falls have consequences that may not be immediately apparent, such as early death and a fear of falling which itself contributes to a greater risk of falling. Seniors often live alone or with another senior and they are at greater risk of serious fractures from falling, and need a way to contact someone for help. The CDC also states that 95% of all hip fractures are the result of falling.

Fear of falling is a real concern for many people. It should not be assumed that the person who is afraid is being overly cautious or silly. Perhaps the person has fallen before, and though the fall did not result in severe injuries, it did make the person fearful of another fall. This is very common. Fear of falling can result in lessening of activity, lack of exercise and a general fear of everyday activities. The lack of exercise along with the mental state of constant fear have been shown to actually increase the risk that the person will fall.

Fall prevention measures are simple to implement and should be undertaken for all seniors at risk of falling. The CDC recommends exercise that strengthens and improves balance, such as Tai Chi, vision testing and maintenance, monitoring the home for objects that could cause tripping, block vision or otherwise get in the way, and monitoring medications that could cause dizziness or drowsiness. It is also suggested that single vision glasses be worn for some activities, such as walking or exercise, in order to cut down the risk from seeing through the wrong part of the multi-focal lens.

Because there is a chance of a senior being unable to push the medical alert device button after a fall, companies have sought new technology that can automatically notify emergency services in the event of a fall. Fall detection technology uses GPS (Global Positioning Services), similar to the kind that is used for directions while driving. This type of technology has been used by the military for years, but is still fairly new to the regular consumer. It uses an acceleromator inside a device similar to a smartphone, but dedicated to only monitoring the person’s position. Some require more than one unit on the person’s body, which detect changes in speed (faster speed when tripping or falling) as well as changes in horizontal and vertical position. These newer versions are still under development and it is unclear what form the multiple units would take on a person’s body.

There are several problems with the available fall detection alarms. This technology is not always reliable and may not detect all falls, resulting in no alarm when a fall has indeed taken place. Or the system may signal a fall due to a quick change in position, resulting in a false alarm. Because of the unreliability and other drawbacks, most medical alert companies are holding off on providing the fall detection service. Among top-rated companies, Philips Lifeline does offer fall detection, while Bay Alarm Medical does not offer fall detection. Life Alert is another popular system provider without a fall detection option. Bay Alarm Medical states that no available device meets their standards.

Fall detection is very important because the senior population is growing rapidly and all seniors have a one-in-three chance of falling each year. The current trends are for seniors to remain in their own homes, living as independently as possible, so more research is being undertaken in order to develop more reliable fall detection devices. In the meantime, it would appear that the available fall detection services might be best for those elderly who have the greatest risk of falling. While medical alert systems with fall detection might not always detect a fall, they do still provide some level of safeguard.

Still, other questions must be considered: Would having a fall detection device encourage risk taking? Risk taking might seem a distant thought when discussing the elderly, but there is a definite independent streak in many seniors, as demonstrated by the determination to live alone at home. Could such a device create a feeling of false security? Anyone considering a fall detection device should be made aware of its very real limitations — and the fact that a fall can still cause injury even though help may arrive quickly.