Life Alert was founded back in 1987 and provides its service to senior citizens across the entire country. You probably know this alert system from its famous television catch phrase:

Help! I’ve Fallen and I can’t get up!

The system was endorsed by former U.S. Surgeon General C. Everett Koop and along with other catchy commercials has led to its popularity. While this company is widely known, this does not mean that it is the premier medical alert system on the market. Below, we take a look at the specifics to help you decide if it is the best medical alert system for you or your loved one.

A Wide Range of Monitoring Features

Life Alert offers a plethora of home assistance aids. Their medical alert system functions mainly through a base unit that is professionally installed and an emergency button that is worn on a necklace or a wrist band. The company offers 24 hour, 7 day a week monitoring for a wide variety of possible problems including:

There’s also a special 911 phone that is described below. Few medical alert system providers can match the wide range of options offered by Life Alert. 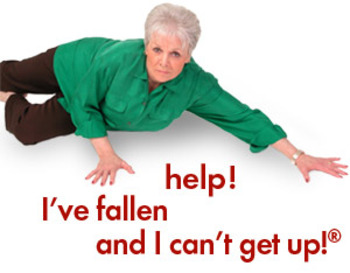 As soon as an emergency happens, senior citizens merely press their waterproof panic button and their base unit connects to an operator. The operator will speak with the person in need of help through the base unit’s speaker and microphone. The technology works so well that Life Alert now serves over 150,000 people across the United States. The company receives over 2 million emergency calls each year. As noted below, one shortcoming of this system is its poor pendant to base unit range. Users must stay within 150 feet of the base unit in order for the pendant to function properly. Yet Life Alert’s amazing array of services overshadows this small blemish.

Life Alert Offers a Plethora of Other Services

Aside from offering help to senior citizens who have fallen or those who face a medical emergency, the company provides plenty of other services. It has a one touch home intrusion prevention technology. If the senior citizen suspects that a thief is breaking into the home, he merely has to press a button that triggers the base unit to connect to an emergency operator. The operator will then listen through the base unit’s highly sensitive microphone in order to determine what’s happening at the home. He’ll contact the police if there really is a break-in occurring.

Life Alert also offers smoke / fire detection as well as carbon monoxide detection. Senior citizens who opt for these detectors will rest easy knowing that their emergency system will contact an emergency operator as soon as there is the presence of harmful smoke or carbon monoxide. Such detectors bring the monthly cost of Life Alert up to $49.95 per month.

There’s also a program called Life Alert 50+ that combines the smoke / fire and carbon monoxide detectors along with the traditional medical alert service plus a 911 cellular phone service. This 911 service is a cellular phone that is specifically created to directly call emergency services. All the senior citizen has to do is press a red button on the phone. This is perfect for seniors who want to stay active outside of the home. If purchased separately, the 911 service costs $19.95 and $79 to program. It also requires a 2 year commitment.

Life Alert falls a bit short of some competitors as it fails to offer a voice extension technology for senior citizens who want to perform activities outside of the system’s standard 150 foot wireless range. They also fail to offer a GPS service or a lock box like many of its competitors provide.

The base unit is connected to regular phone lines and VoIP services. Subscribers have reported that the system works most efficiently with a regular phone line. It does not support Magic Jack. A professional technician installs the equipment. Subscribers can’t install the equipment no matter how hard they press the company on the matter. The system’s range between the panic button and the base unit is only 150 feet at a maximum. This is where their system falls short compared to competitors who typically offer more than double this distance and oftentimes 1000 feet.

The company provides an extra emergency button for another resident of the home at a one time cost of $49. As noted above, users can take advantage of this system’s home invasion protection by pressing the audio button on their unit. If the power goes out, customers need not worry. There is a backup battery that provides power for 48 hours. This is an incredibly long battery life length when compared to the batteries of competitors.

Customer Service & Support is Among the Best

Their headquarters is in Encino, California and the company has 8 offices throughout the United States. The service operates its own emergency response center and does a good job pleasing its customers. Calls are typically answered in much less than a full minute and service is provided 24 hours a day, 7 days a week. The company does an excellent job training its emergency operators to remain on the phone with senior citizens in need until the situation has reached a resolution. Customers will testify to the fact that the company’s operators are friendly, professional and knowledgeable.

Subscribers have reported that they are often subjected to follow up sales calls even after they’ve subscribed to the service. This is totally unnecessary and incredibly annoying. The Better Business Bureau reported that Life Alert has more complaints than other providers, although this may be due to the company’s popularity. This is a higher rate of customer complaints than competing system providers.

Life Alert Cost is Higher Than Most Medical Alert Systems 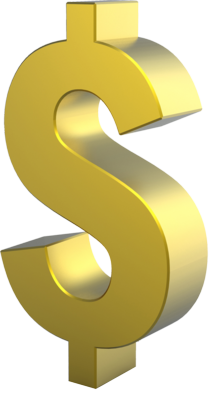 Unlike many competitors, this company charges for installation. This fee usually ranges from $95 to $120. In rare circumstances, some customers have reported that installation costs have been quoted up to $300. Savvy consumers will negotiate this price down towards the $100 level by stating that they’ve researched the market and found that competitors offer free installation or installation at less than $100. Thankfully, there are no activation fees.

The monthly service fee is $29.95 per month. This isn’t the cheapest rate for a medical alert service but it is respectable. Customers who want added coverage for carbon monoxide and smoke / fire detection will pay around $49.95 per month.

There’s also a mandatory 3 year contract with no allowance for cancellation unless the subscriber passes away or moves to a nursing home. If the subscriber does not notify Life Alert that he will be canceling the service within 6 months of the 3 year mark, the subscription will automatically renew. It isn’t all bad news though because they provide a money back guarantee in case any of its equipment fails to function as designed.

Life Alert provides good support in the event of an emergency but other facets of sales and service are lacking resulting in a high number of BBB complaints. The cost is higher than other alert systems in the form of an installation fee. Add in the long term contract and strict cancellation policy and this will make anyone confused and unhappy. Unfortunately, these details tarnish an otherwise good system.